The hearing of rats is significantly more sensitive than humans’. Thus, music has an incredibly stronger impact on them than it does on us. In research, certain forms of music have indeed been proven to have a considerable beneficial effect on rats. Let’s have a look at what the study indicates if do rats like music and what are the effects of music to them.

Rats like listening to songs. Studies have revealed that rats have a strong preference for certain types of musical sounds. Music listening can provide rats with a number of benefits. This includes increased learning ability, less anxiety, a lower incidence of disease, and improved immune system function.

Music has attracted much interest as a health and wellbeing approach over the years, with rats typically being the subject of such studies. This is wonderful because it gives us an inside look at how rats perceive music. Also, how we can use it to enhance the well-being of our pet rats.

Because every rat has distinct musical preferences, the answer will differ from one to another. It also depends on who you ask. This is because various owners of rats that are exposed to music will offer different responses.

Rats appear to like classical and baroque music. One study found that when Beethoven’s Pastoral Symphony was played, they spent more time investigating the chamber than when other genres of music were performed. In another study, rats were found to be uninterested in country and western music. 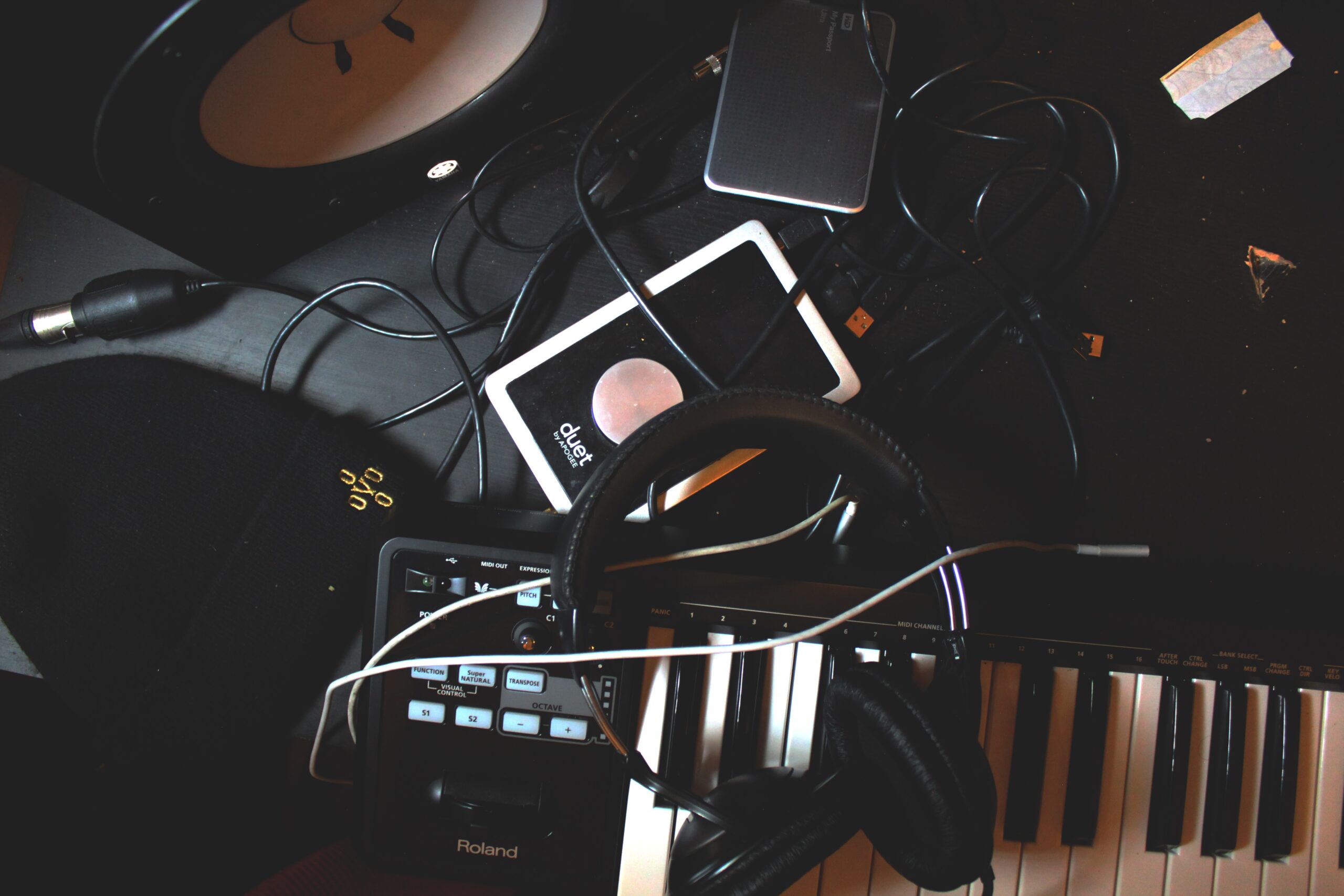 According to one study, rats prefer classical music over all other genres of music. Jazz was found to be preferred by rats given a specific drug in one investigation. One study found that rats loved happy and euphoric house music because it enhanced dopamine and serotonin levels.

A Harvard study found that pet rat that is exposed to music between the ages of 10 and 20 days showed a stronger preference for music in adulthood. They were lured to music by nature. Rats who were not exposed to music as children had a range of behaviors.

What Type of Music Do Rats Dislike?

Rats are naturally afraid of loud noises and unexpected sounds, and as a result, they will flee or hide when confronted with them. Noises that are too loud are disturbing to rats. You’ll see signs that they dislike the music.

The fact that rat has extremely keen hearing means that low tones and low-frequency music are unlikely to be included in their music collection. In other words, when it comes to bass, be cautious; you might even want to turn down the equalizer on your speaker. You’ll see signs that they like the music as well.

Benefits Of Music To Rats

In one study, it was shown that when rats were exposed to music, their cortisol (a stress hormone) levels decreased.

It’s believed that the music has a calming effect on the rats, helping to reduce their stress levels and making them feel more relaxed. The music also appears to help them to sleep better.

Rats that are stressed tend to have a lower immune system and are more prone to diseases. So, by reducing their stress levels, you’re also helping to keep them healthy.

Another study showed that rats who listened to classical music had improved memory and learning skills.

The rats in the study were given a certain medication that caused them to have memory problems. However, when they were exposed to classical music, their memory improved significantly.

This suggests that music can help to improve memory and learning in rats (and potentially other animals as well).

So, if you’re looking for a way to help your rat remember things better, playing some classical music might be a good option. 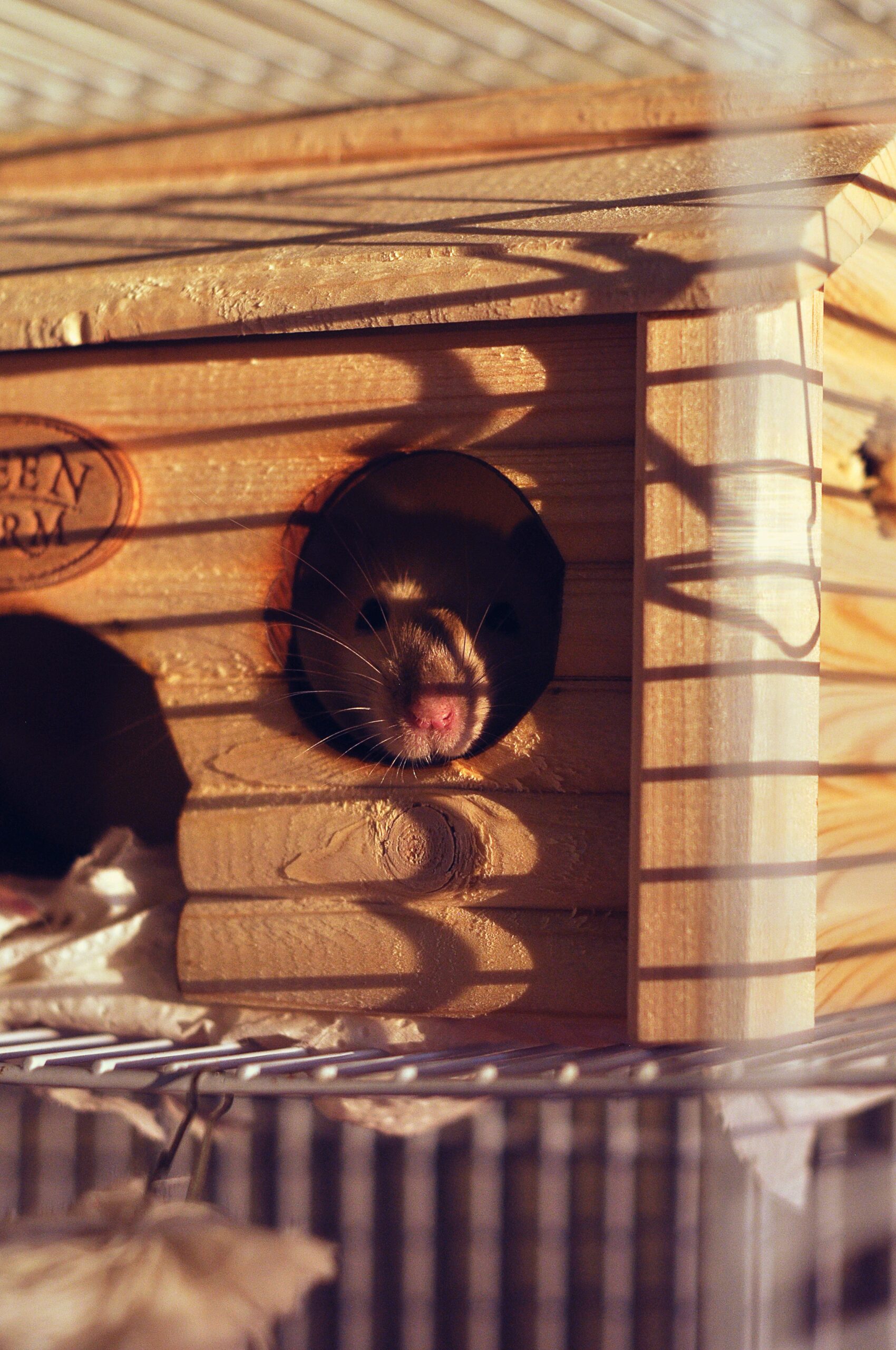 Rats that listen to music tend to be happier than those that don’t. They appear to be more active and playful, and they also spend more time grooming themselves.

It’s thought that the music makes them feel good, similar to the way it makes us humans feel. So, if you want your rat to be happy, playing some music for them is a good idea!

The rat that listens to music has been shown to have a stronger immune system.

In one study, rats were exposed to classical music and then given a disease. The rats that listened to the music were less likely to get sick than those that didn’t listen to any music.

It’s thought that the music helps to boost the immune system, making the rats less susceptible to diseases.

So, if you’re looking for a way to help your rat stay healthy, playing some music for them could be a good idea.

The rat that listens to music tends to be more social than those that don’t.

In one study, rats that was exposed to music spent more time interacting with other rats. They also groomed each other more and had more positive social interactions overall.

It’s thought that the music makes the rat feel good and causes them to want to interact with others. So, if you’re looking for a way to help your rat be more social, playing some music for them is a good idea!

The rat that listens to music tends to live longer than those that don’t.

In one study, the rat that was exposed to music lived an average of 3 months longer than those that didn’t listen to any music.

It’s believed that music has a positive impact on the rats’ health, helping them to live longer and healthier lives.

So, if you’re looking for a way to help your rat live a long and healthy life, playing some music for them is a good idea!

Another line of research is now being conducted that reveals that rats can experience the “Mozart Effect,” which is a term that refers to a physiological reaction in which listening to music increases learning ability.

Listening to Mozart’s sonatas has been shown to increase a person’s cognition in a variety of ways. Because of the music, even after only a few days, kids can navigate through a maze substantially faster and with higher accuracy than before.

It piques their interest, and they are eager to learn even more about it. They believe that music has an effect on specific brain pathways, resulting in people being smarter. As a result, playing some Mozart to your pet rat may help to boost their intelligence – as well as make them more entertaining to converse with.

Rats are interesting creatures that appear to enjoy music just as much as we do. Different types of music can have different effects on them, but overall it seems that they benefit from listening to music.

If you want to try playing music for your rat, remember to start with something soft and calming. You can then experiment with other types of music to see what your rat enjoys the most. Who knows, you might even find that your rat has a favorite song!

Can Pet Rats Eat Cheese? (And Which Cheeses Not To Feed Them)

Do Pet Rats Bite Humans? (And How to Make Sure They Don’t)

Why is My Pet Rat Sneezing? (7 Common Reasons)

Caring for Your Fancy Rat 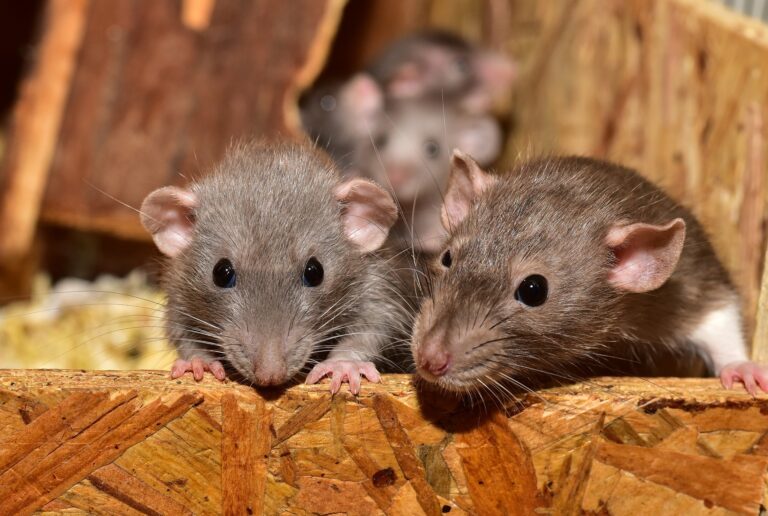 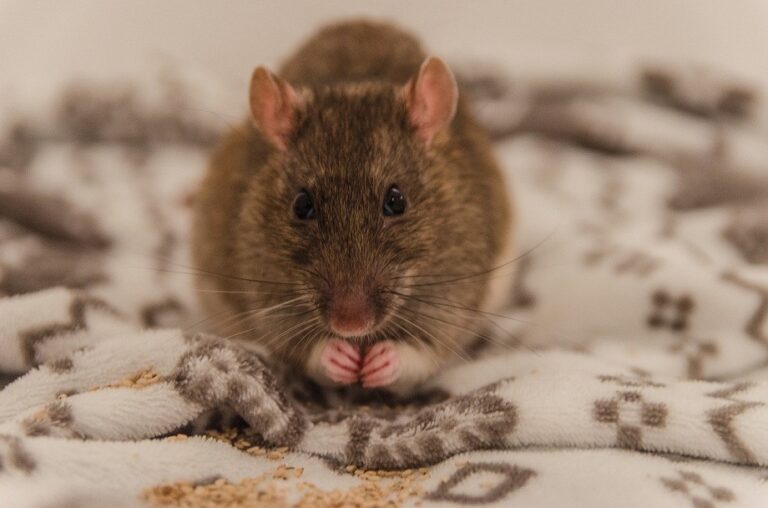 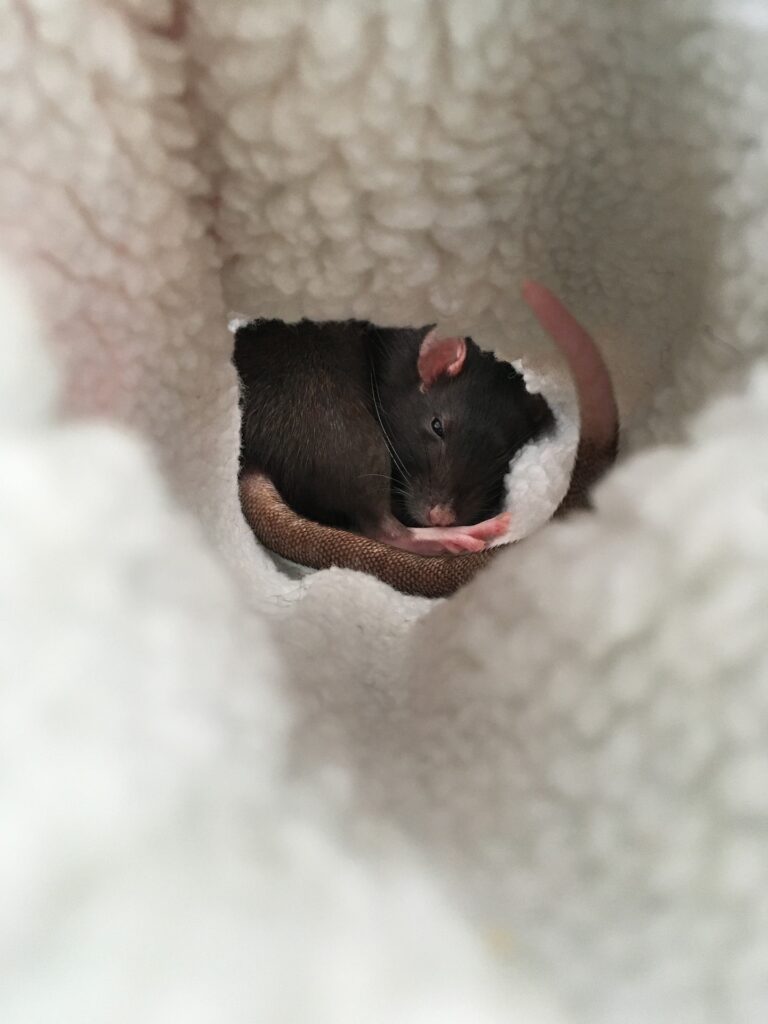 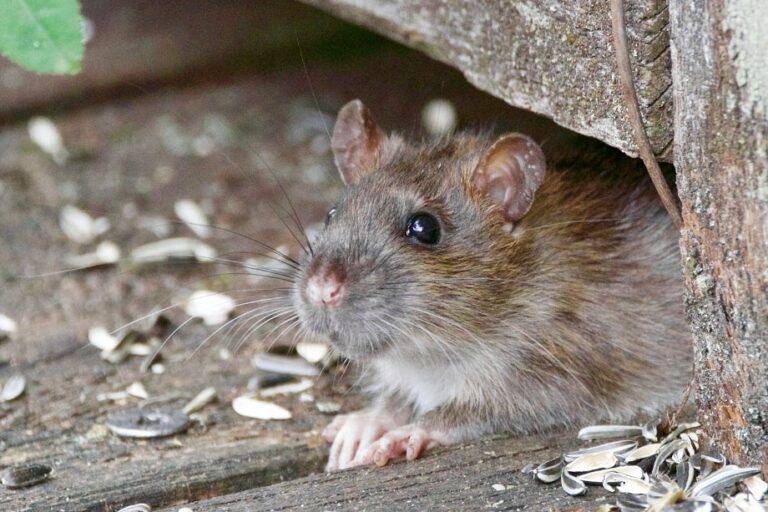 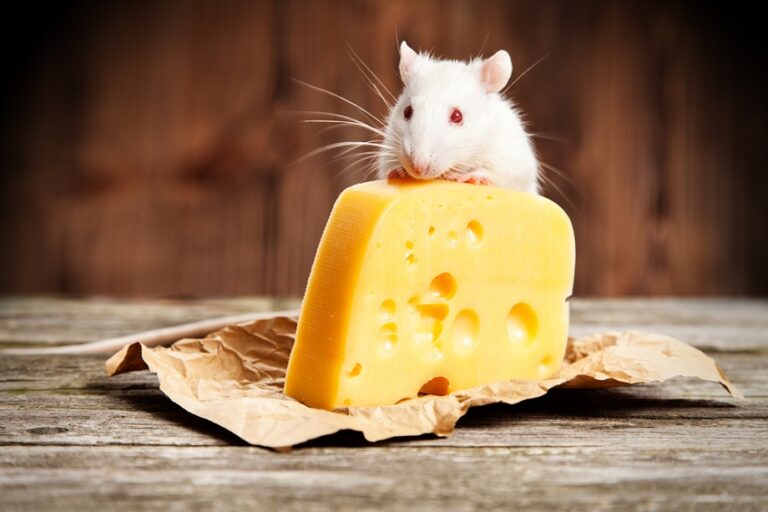 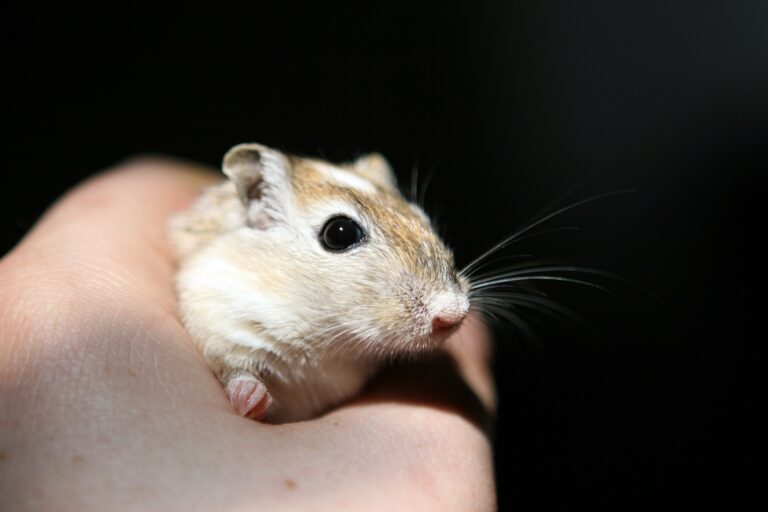